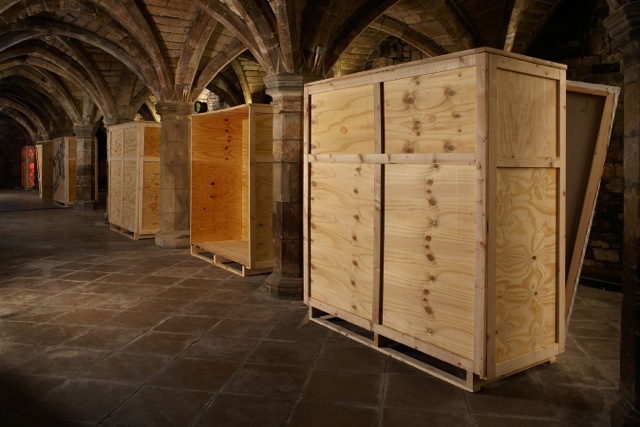 I wonder what an Imp would do to the Crate. A long time ago two Imps caused mayhem in the North of England. ‘They smashed tables and chairs and tripped up the Bishop’. An angel intervened and one Imp was turned to stone and the other was given a chance to escape.  The one turned to stone was left on high where only the hawk-eyed can spot it….what has happened tothe other one? 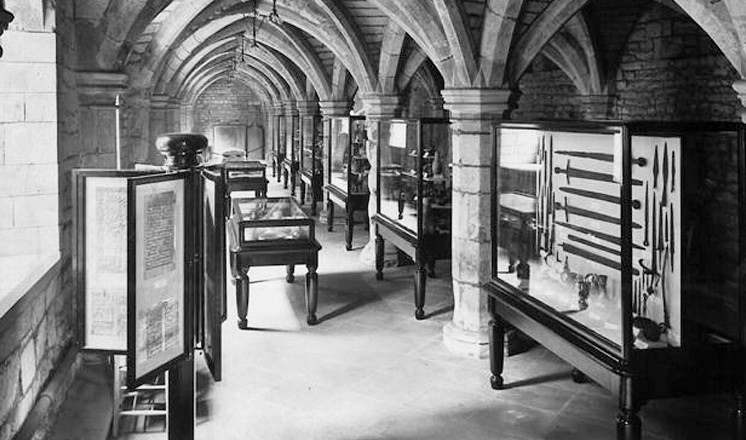 The starting point for Fedja Klikovac’s project CRATING, was an early 20th century photograph that shows the layout of the original display cabinets at Greyfriars Museum, which housed the museum’s collection of diverse artefacts. As a homage to the absence of these display cases and their contents, six artists have been invited to create a work that will either be installed in each crate or use a crate as an object in its own right.
Reflecting on the changing history of Greyfriars, Braco Dimitrijevic, Susan Hiller, Nicholas Pope, Rasa Todosijevic, Richard Wentworth and Alison Wilding will give us some hint of what might have happened 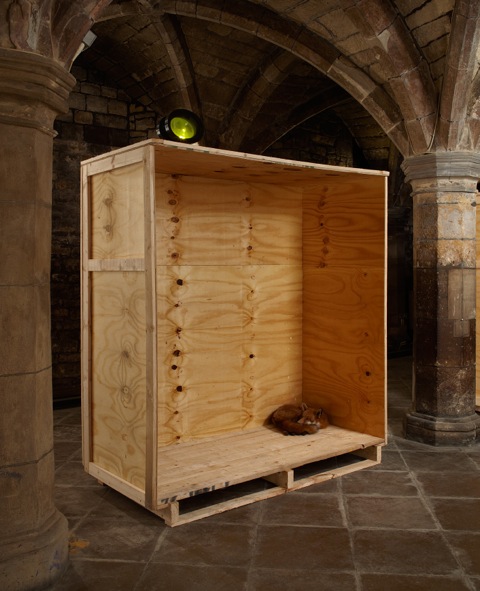 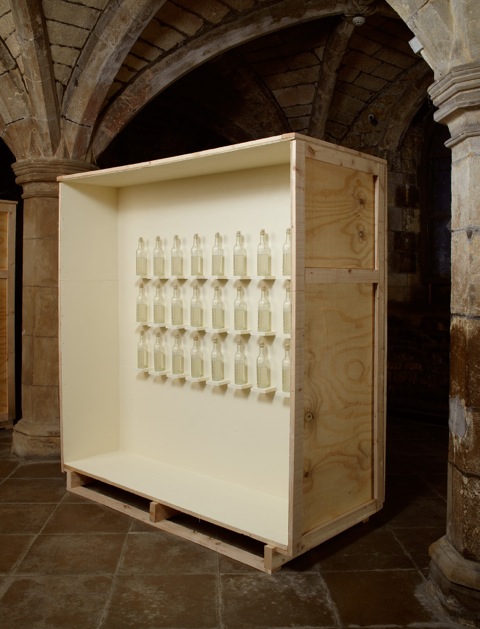 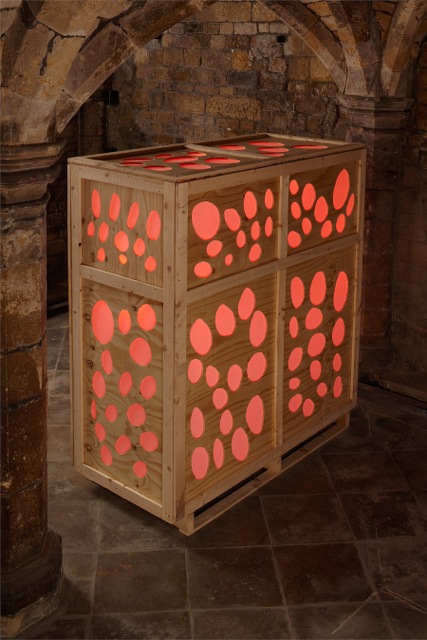