The exhibition comprises a series of hundred small sculptures through which the artist continues his long-term exploration of colour. Irregular sections of transparent, opaque or mirrored Perspex offcuts are set vertically in simple grey concrete bases. The first of these offcuts ­– ‘shadows of another shape’ – were found in the artist’s studio. Various basic forms – circles, squares, triangles – have been removed from the sheets of Perspex, leaving irregular, perforated planes of flat colour. For Batchelor, ‘these offcuts are almost perfect vehicle for colour: the shapes appear to serve no other purpose than to support their given hue. In addition, the shapes are open in the sense of being visually porous as well as often transparent or reflective. Colours spill easily from one object to another in an irregular and extended family of about hundred individual works’. In these works, colour floats and vibrates freely, in the constant state of flux. 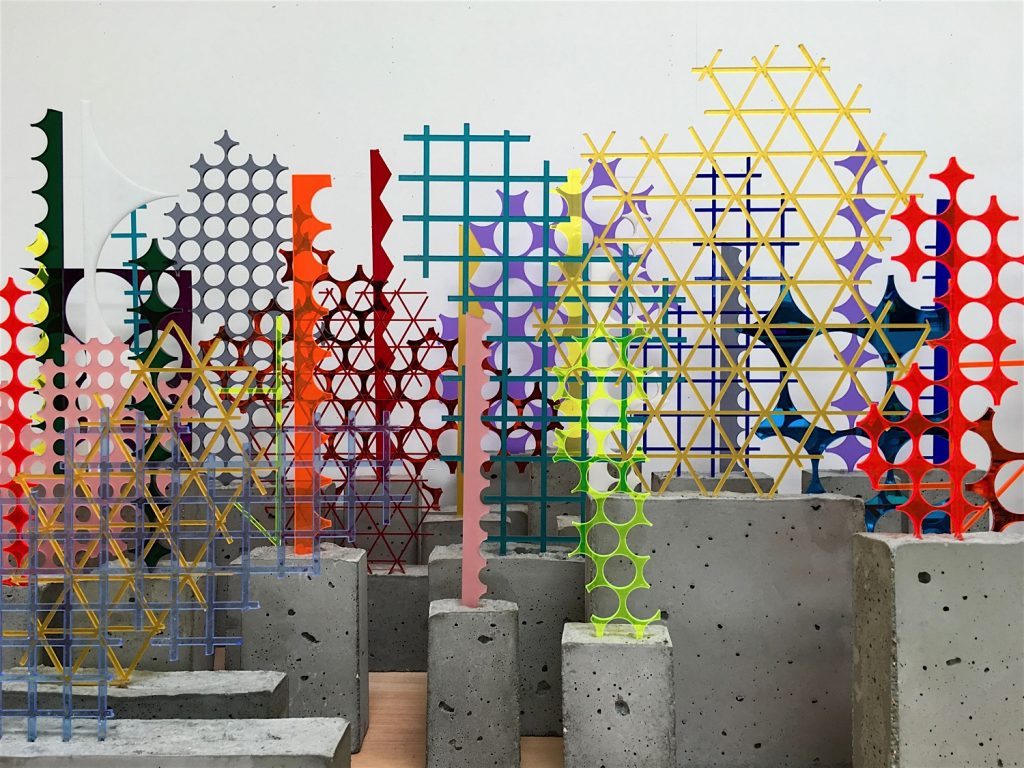 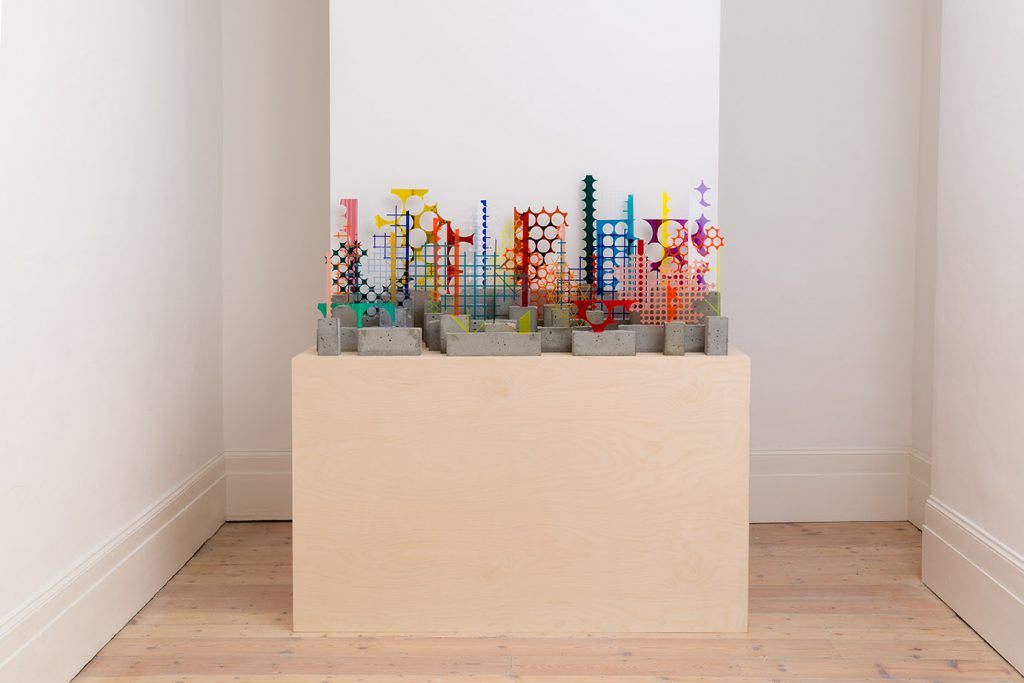 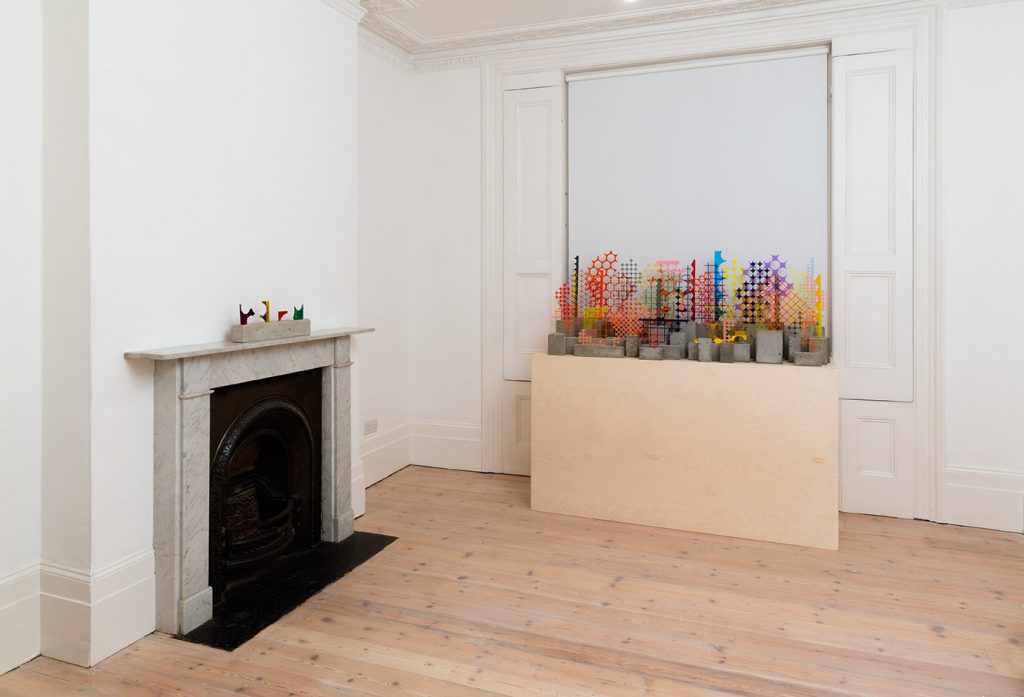