After 14 July you can still see Graham Gussin’s fabulous ‘The Mary Jane Paintings’ by appointment until 1 September.

Continuing our series of exhibitions exploring the status of painting today, we are pleased to present a series of new works by Graham Gussin, which explores further one of his long-standing preoccupations: the relationships between the romantic tradition of landscape, utopian space and what we might call vision.

‘These paintings are all made using hashish. The marijuana resin is brought from various places, ground down, mixed with linseed oil and used on linen and paper. It is a simple process but a slow one, I’ve been working on these for the last ten years or so. I was interested in this idea of art taking you somewhere, of it being a kind of transport and interested in the idea of art being uplifting and how this collided with the notion of a ‘high’. I like the idea that this material is a ‘street’ material, we often sense its traces in the city, but also that it is forbidden, taboo, hidden. I wanted to play with the idea of possession, dealing and intended use…content and agency.’ (G.Gussin) 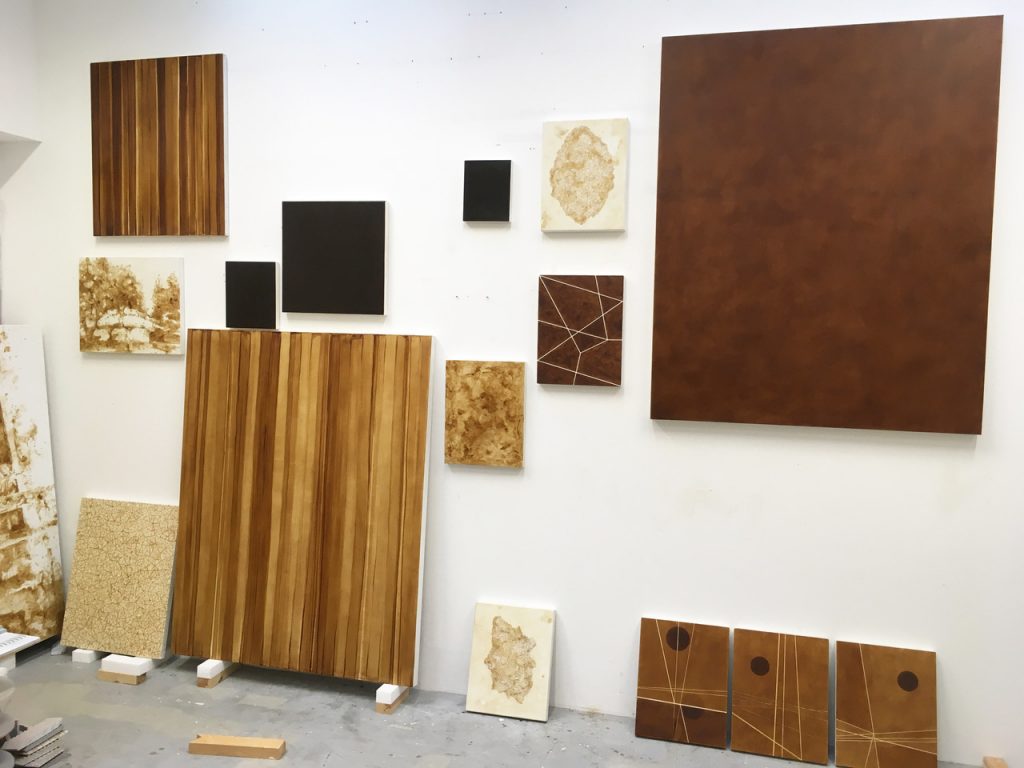 Throughout history, drugs have been used for various reasons: as a medicine, to expand ones consciousness, in religious rituals and out of boredom or rebellion. They are rooted deep in social history, but still the consequences of handling this material produces heated debates, heavily driven by power structures and taboos.

Apart from the exploration within the visual arts tradition, use of the substance as a material for production of these artworks opens up a variety of questions of exchange, possession and supply, which implicates the site of this exhibition and also becomes the subject of Gussin’s work. Walter Benjamin in his text ‘On Hashish’ talks at length about this relationship. There are beautiful passages where he describes what is happening around him in the streets of Marseille after having eaten a quantity of hashish. At one point he uses an invented word ‘curtainology’ to describe a philosophical position of seeing the city as a curtain, something which both conceals yet promises. This idea, or image, has been used directly in some of Gussin’s works. Sadie Plant, in her ‘Writing On Drugs’ does the same, discussing how, historically the intake of drugs has informed our ideas of vision and imagination. 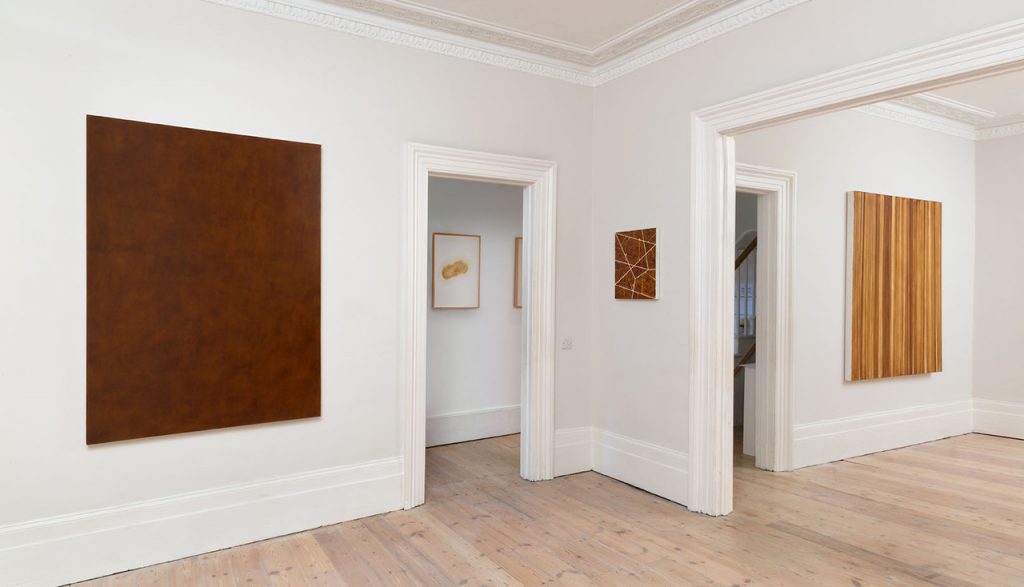 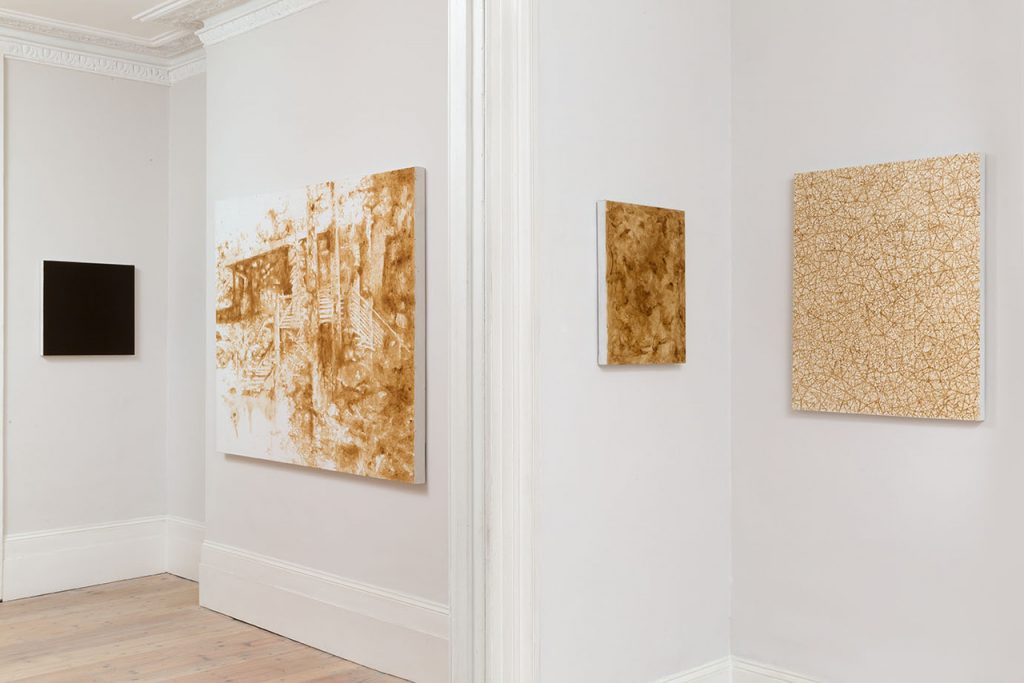 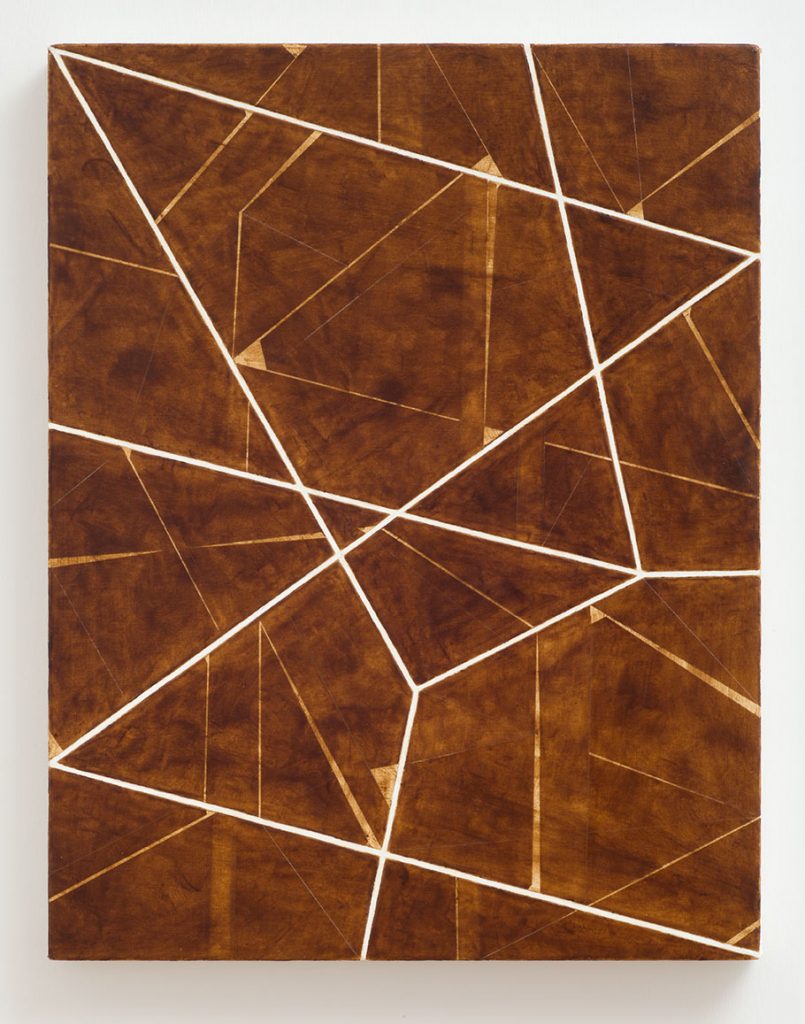 You can read a text by Jonathan P Watts on Graham Gussin’s Mary Jane Paintings here.

After 14 July you can still see Graham Gussin’s ‘The Mary Jane Paintings’ by appointment until 1 September.