medievalmodern
medievalmodern was a project space in London’s Marylebone that opened in 2002, which aimed to stimulate a dialogue between medieval and contemporary art. We would invite artists to produce work which resonate with and sometimes incorporate medieval pieces. Through this project we aimed to raise a variety of issues ranging from traditional art historical concerns about provenance, museum and exhibition spaces and the decontextualising of the image to more recent issues such as institutional critique, physical and ideological influences of the exhibition site, relation of original to copy, psychological aspects of collecting, the desire of the private collector to assemble and organise, and exploring different aspects of art making and collecting.

The shows have all been enthusiastically received attracting press coverage, reviews and a large public attendance at the gallery. Shows included:

Povenance: Gerard Williams, exploring the route of both historic significance and monetary value of medieval objects. 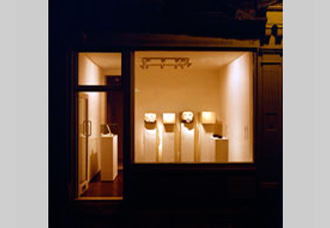 Scriptorium: John Plowman, in which the methodology of medieval manuscript and his own activity of making drawing with the process of writing are seen as parallel activities.

Nuffin is Reel: Bob & Roberta Smith, with his questioning of the notions of originality and craftsmanship through celebration of invented personae and the tensions between high and low culture. 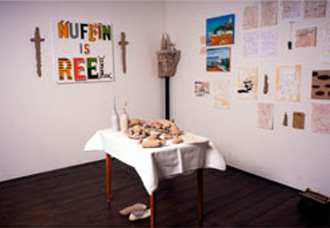 The Hours: The Constructed World, dealing with themes of continuity, permanence, and the cyclical as they move from one country to another echoing the match between time and image found in the Book of Hours of the middle ages.

Broken by Chance: Braco Dimitrijevic, continuing his long-standing engagement with the history of art, inspired by his thought that ‘our environment is not physical space but cultural heritage.

Fragments: Richard Deacon & Gerard Williams, tackling the long running architectural concern about relationship between the part and the whole. 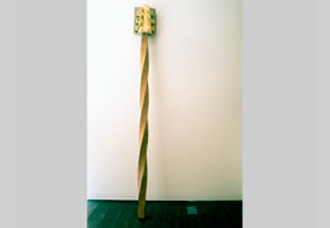 Middle Epics : Wayne Lloyd in a series of performances with storyboards and texts from films with a medieval story line. 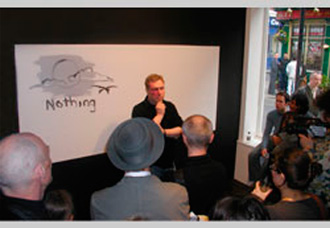