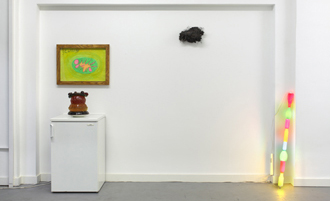 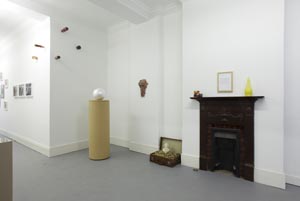 Super Farmers’ Market is the second in a series of group shows that teases at the possible proximity of two forms of specialist consumption: fine food and fine art. 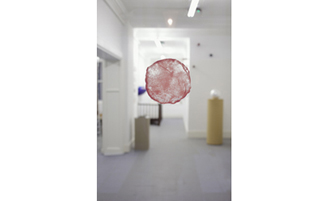 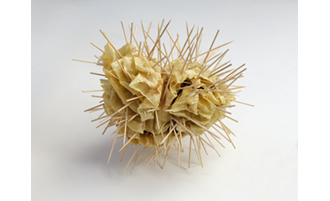 The first Farmers’ Market took place in London’s Wigmore Street in 2008, showcasing 24 producers, and was herded by farmer and de-curator Fedja Klikovac, Director of Handel Street Projects. And just as the weekly Farmers’ Market offers the discerning customer informed selections of the very best produce, so this annual version does with art, combining the idea of a selected exhibition as an exercise in connoisseurship with the recognition that art is nevertheless also a commodity. This year’s show, curated by two experts in the field, Mary Anne Francis and Lucy Heyward, is themed around the idea of ‘upcycling’: the current trend for taking low-grade artefacts that might be destined for landfill and enhancing their value by means of handwrought interventions. To this end, 32 artists have been asked to produce artworks using low-cost supermarket goods: groceries, cleaning materials and discarded packaging. Continuing the Farmers’ Market theme, artists are encouraged to resource their materials locally. 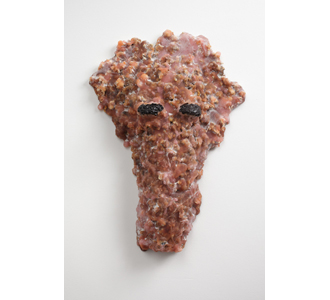 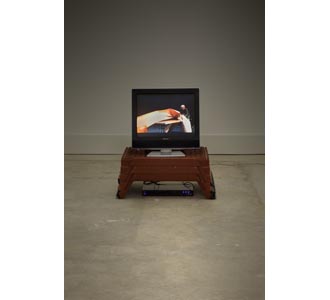 As part of the exhibition we will be showing Agnes Varda’s film The Gleaners and I. 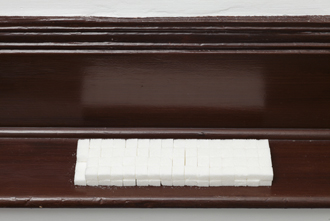